There are a lot of brand new and fresh gadgets that have popped out this year and these include items that range from wearable health-focused gadgets, VR/AR headsets, 3-D printers, drones, and a whole lot more. Interesting enough, the difference this year is that there was a stronger push from numerous companies to make these ideas easily accessible for the average individual with practical and simple gadgets.

With all the interesting and cool gadgets that have appeared this year, here are the fifteen coolest and most interesting gadgets of 2016.

This high-tech gadget is a human and life-sized drone that was created by the company called EHang to carry a single individual for about twenty-three minutes around a specific area. Also, the 184 also features gullwing doors, as well as arms that easily fold up. 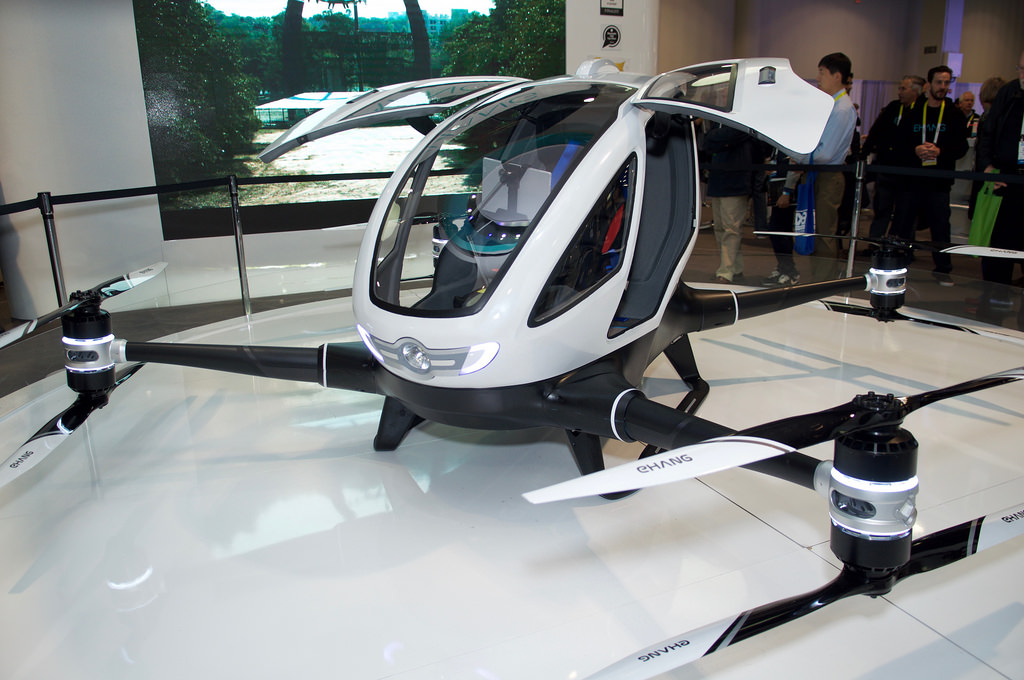 Whether it is through virtual reality or 3-D, everyone will always be searching for numerous ways to make entertainment fun, enjoyable and extra immersive. The idea of Immersit is to allow everyone to enjoy entertainment and make it feel like the real thing; just like in cinemas where the seats move simultaneously with the onscreen activities or action. This motion device is a collection of hydraulic feet that one can fit perfectly onto the couch for it to function adequately. The device will then read and analyze the content of what the person will watch or play, then trigger the necessary motions to make the viewing or gaming experience better. 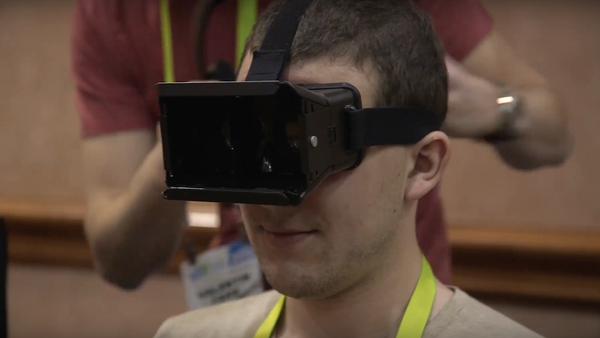 A crescent-shaped device that is created to help a person sleep properly at night; the Cheerio Sleepion makes use of a triple-pronged approach on a person’s senses by utilizing a speaker that plays soothing and relaxing sounds to make sleep even better. Furthermore, the device also releases a variety of relaxing aroma, as well as a light that flickers gently like a candle.

The Varia Vision is a highly improved reality display device that should be set on a person’s sunglasses for better and enhanced view; it does not only function by displaying how a person is doing but it can also alert a person about directions and traffic while on the road. This gadget costs around $400 and is considered to be the perfect item for cyclists once released.

People at times wonder what items are hidden in a refrigerator, but generally, one can just stick a camera in the fridge to take photos every time its doors open. This is the idea of the Smarter Fridge Camera that costs around $100 dollars.

This smart helmet is known to be an industrial gadget that easily projects vital information before the wearer’s eyes; it doubles and works as a hard hat plus safety goggles which make it an ideal item for any individual who works with heavy machinery or those in technical work.

6 Sensor Labs’ gadget called Nima is a $249 device that can test and detect gluten that may possibly be present in food; Gluten can be detected in less than two minutes by utilizing disposable pods and an antibody-based test. Devices such as this can benefit those with gluten sensitivity or Celiac disease.

A solar-powered grill that makes use of a unique design which easily directs sunlight to its cylinder; the company that created this device claims that the cylinder of some models can heat up to five-hundred fifty degrees in just ten to twenty minutes, so food thoroughly cooks in a solar evacuated cylinder that absorbs over eighty percent of the sun’s heat.

This is a great device for people who tend to leave their umbrellas behind; it is a Bluetooth umbrella that links to an individual’s smartphone that alerts the person instantly when they move more than thirty feet away from the umbrella. The Davek Alert Smart Umbrella was made to be a compact and telescopic item that features a solid shaft made of steel. It has been constructed with a combination of fiberglass and aluminum which makes it strong, durable, and able to last longer. The umbrella costs around $125 which costs quite a lot compared to the regular umbrellas around.

NXT-ID’s $180 Wocket Smart Wallet is a standalone device that allows users to scan all debit, loyalty, credit, and gift cards so they can just leave their actual wallets at home. The device does not need to be linked to a smartphone and it has a touchscreen e-ink display that can help recognize a person’s voice for biometric confirmation, or users can just make use of a PIN to access the device.

A system that will definitely pique the interest of every gamer around; the PC Omni seems to have more hp and an essentially discreet graphics card compared to other gaming PC’s and all-in-ones so it is definitely something gaming enthusiasts will search for. The said price of this gadget would start at around $2000 in the United States.

This drone can easily fly high for as long as forty-five minutes plus it can also reach a speed of less than fifty miles per hour. It also features a 14mp camera right at the drone’s front area.

For those who want to get a detailed breakdown of the chemical makeup of certain drinks, food, plants, and other items, the SciO is definitely a product that they will like. It is a pocket sensor that utilizes near-IR spectroscopy and is priced at $250.

A smart tool for kids that works via Bluetooth and functions with the help of an app to animate cute animals by using a tablet or smartphone; it helps and convinces kids to eat their meals (including vegetables) and every successful bite that they make will be accompanied by a unique-looking rabbit’s words of encouragement.

The world’s very first smart bra – it is in the form of a sports bra with removable pads and adjustable straps for a better fit, and it also features a small black box to track a woman’s performance for the day. After working out, it will automatically sync with a smartphone app to provide women with detailed information on things such as their heart rate, distance covered, calories burned, and more.