12 Expensive Luxury Hotels Around the World

The word exclusive can be extremely equivocal but when it comes to luxury hotels, it automatically means the stunning prices, excellent pampering, satisfactory privacy, unparalleled protection, and grandiose pools available. Normally, we would spend big amounts of cash on things like down payments for houses, cars, tickets for certain events, college tuitions, and other things; however, there are a very few who splurge and spend tons of money to enjoy a couple of nights in paradise.

Let us take a look at some of the world’s most exclusive and expensive hotels that will surely make your jaw drop.

Location: Switzerland
Standard Rooms: $120
Most expensive Rooms: $68,000
Known as the biggest and most extravagant hotel suite in the whole world; The Royal Penthouse Suite of the Hotel President Wilson in Switzerland features twelve stunning marble bathrooms, a billiards table, its own gym, and a grand piano from Steinway. This suite also exhibits a breathtaking view of the alps with bulletproof windows for 100% protection. 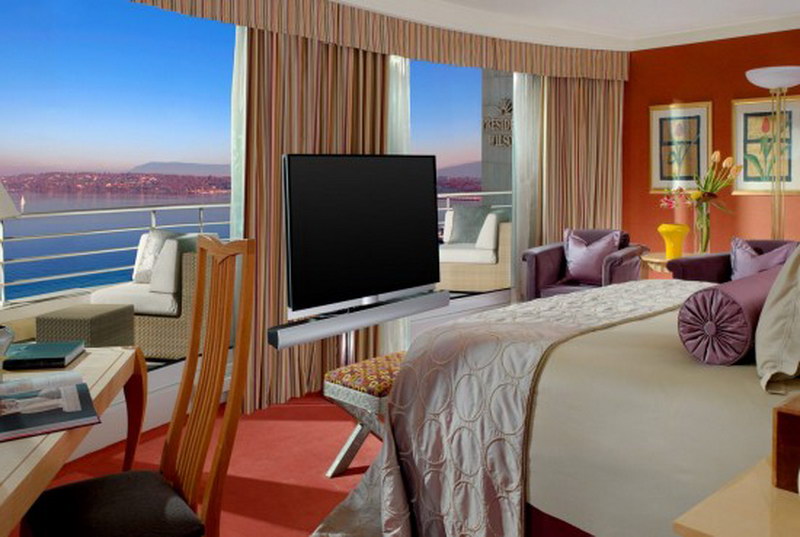 Location: Maldives
Standard Rooms: $1,534
Most expensive Rooms: $2,842
The hotel features forty-five villas in three different styles which include the Garden Villas – the stilted accommodations with a private and intimate tropical garden area, the Water Villas – accommodations that provide a variety of terraces that overlook the sea, and their Island Villas – villas that feature a dining pergola outdoors. 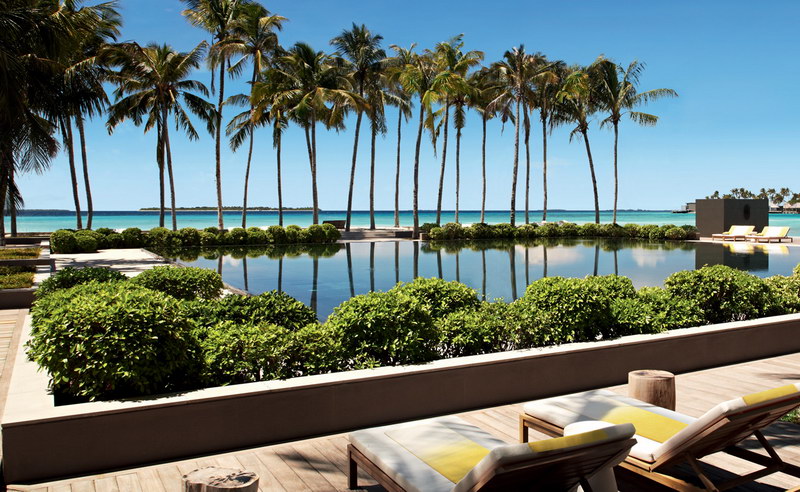 Location: New York
Standard Rooms: $595
Most Expensive Rooms: $47,867
Despite the colossal and expansive lobby with marble floors, tall ceilings, and towering pillars, The Four Seasons hotel in New York still exudes an ambiance of intimacy and comfort. The hotel also features three hundred sixty-eight suites and rooms plus a picturesque view of its surroundings; if you stay on the higher floors of the hotel, you will have excellent views of the city, the park, and stunning views that stretch all the way beyond the Hudson. 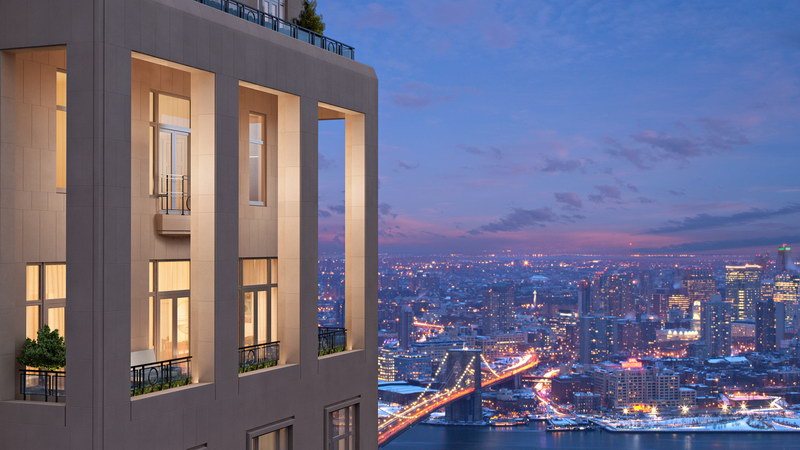 Location: Turkey
Standard Rooms: $695
Most Expensive Rooms: $37,396
The Palace, which is known as the hotel’s biggest and most extravagant room, has more bathrooms than bedrooms. In its pool, you can also expect to see golden lion statues decorating the area, plus it also features its own hammam and a private pier. 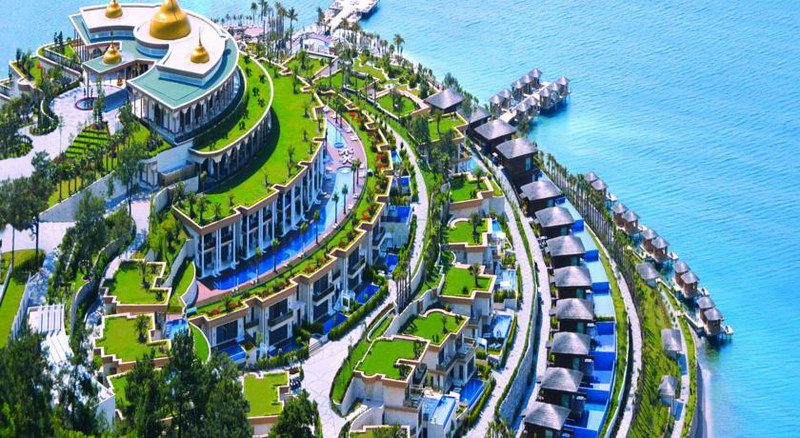 Location: India
Standard Rooms: $170
Most Expensive Rooms: $37,037
The Raj Palace was established in the year 1727 and is known as the city’s first palace. The hotel features the charmingly beautiful elements of the Mughal period, combined with stunning interiors with high ceilings, crystal chandeliers, and more.

Location: France
Standard Rooms: $764
Most Expensive Rooms: $35,500
The guest rooms of the hotel are fashioned in a classic art-deco style that features a posh seating area. Each of its rooms features marble bathrooms while the most expensive ones offer a private patio with breathtaking views of the Mediterranean Sea.

Location: New York
Standard Rooms: $1090
Most Expensive Rooms: $29,185
All of its guest rooms and suites have been fully renovated and redesigned together with the King Cole Bar & Salon; this hotel features uptown sophistication that blends perfectly with downtown swank right at Manhattan’s most exclusive address. 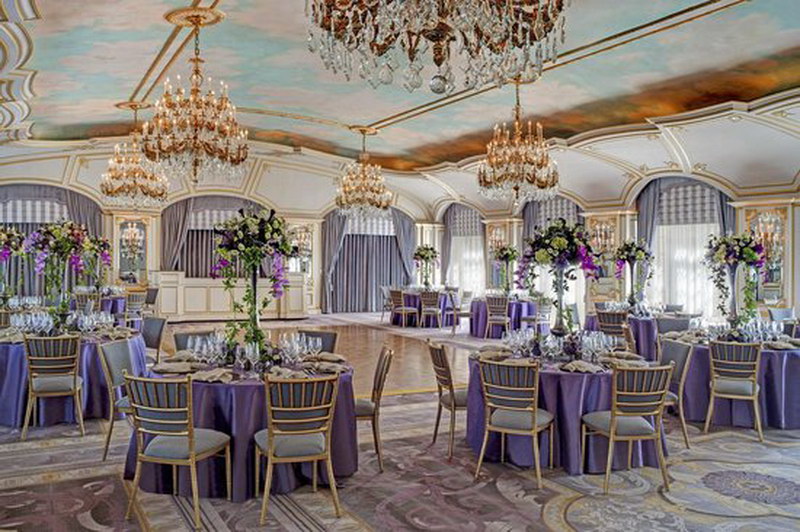 Location: Las Vegas
Standard Rooms: $199
Most Expensive Rooms: $29,175 (weekends), and $16,695 (weekdays)
The hotel exudes a cozy and homey feel more than a hotel-like ambiance since it is located away from the chaos and action of the casino, so you can be sure that only elegance, luxury, and utmost comfort will be experienced in this hotel. 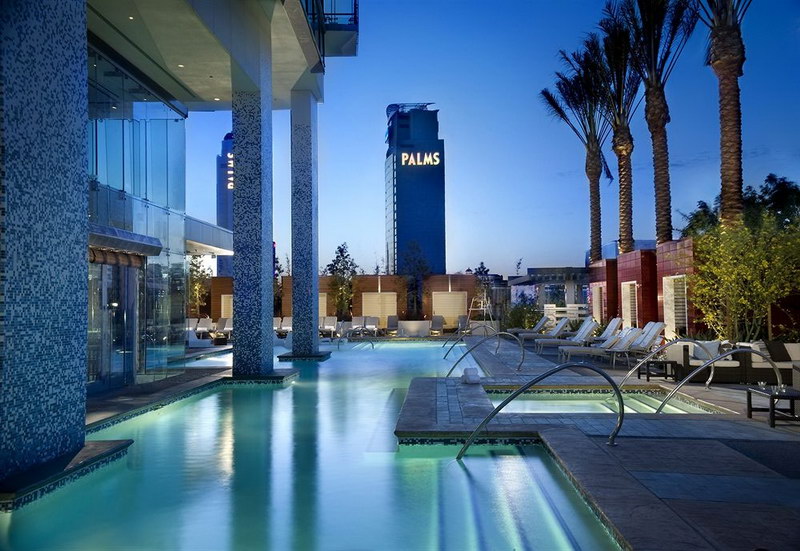 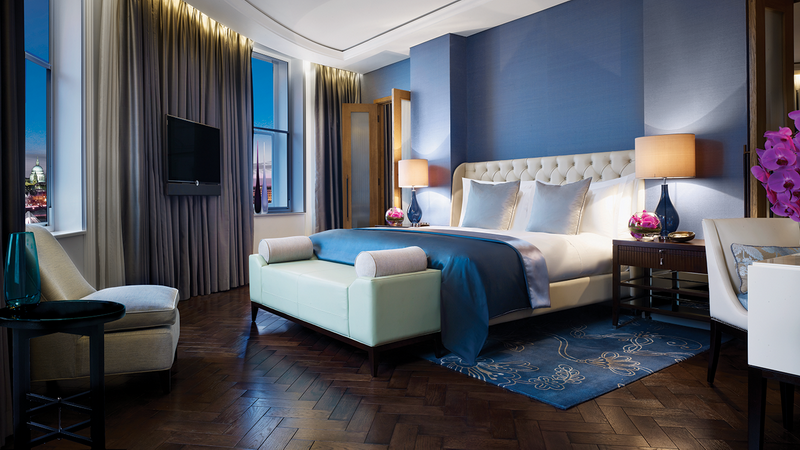 Location: New York
Standard Rooms: $695
Most Expensive Rooms: $26,232
With excellent views of the Central Park and features elegant Asian accents for its interior makes the Mandarin Oriental one of the most stunning and luxurious hotels in the world. Its elegant restaurant, the Asiate, also has picturesque views of the city while serving some of the best and most seasonal menus. 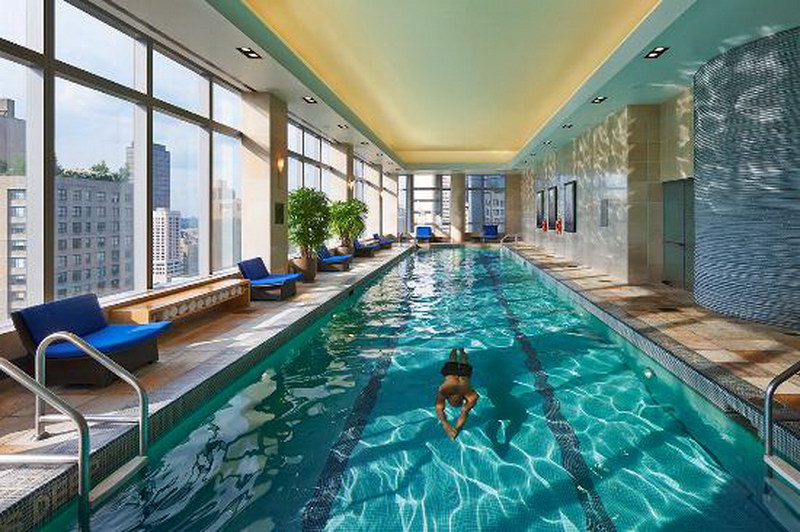 Location: Paris
Standard Rooms: $842
Most Expensive Rooms: $25,258
A Palace hotel that oozes with luxury and elegance on Paris’ fashionable and high-end streets; you can find the hotel close to the Champs Elysees and it features marvelous interiors and brilliant services like a Dior spa and a Michelin-starred restaurant.